Openstorytellers are proud to announce that world famous storyteller, Taffy Thomas MBE has become a patron of our charity.

In the 2001 New Year Honours List Taffy was awarded the MBE for services to storytelling and charity and in October 2009 he accepted the honorary position of first Laureate for Storytelling which ran for two years from January 2010 to January 2012.
On accepting his role as patron, Taffy said:

“We’re all so excited to have Taffy Thomas as our Patron. Taffy has raised the profile of storytelling nationally since he became the first Storytelling Laureate. We are so pleased to have his support and we’re looking forward to our future together”

Exciting times ahead for Openstorytellers!

Find out more about Taffy Thomas 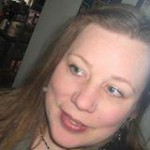